Lithium polymer battery is a safe battery, compared to li ion battery, its aluminium feature is much more safe,because it released the gas pressure inside.

When the short circiut occurs, the li ion battery with steel case will have problem to release the heat and gas, then an expotion happen.but for lipo battery, it can change this by expanding its size, then you can see a bigger size battery instead of an explosion.

A new generation of lithium polymer battery can be designed to be very thin (ATL batteries can be as thin as 0.5 mm, much thinner compared to the thickness of a card), arbitrarily aread and custom shaped. This feature greatly improved battery design flexibility to match the product requirements to a battery of any shape and capacity, also it provides device developers with some design flexibility and adaptability in power solutions to maximize their product performance. At the same time, the unit energy of the lithium ion polymer battery is 20% higher than the current general lithium ion battery, and its capacity and environmental performance are better than those of the lithium ion battery. 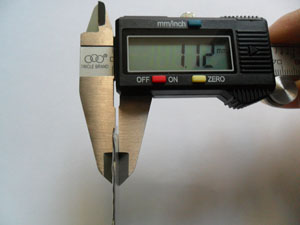 The operating voltage of the single cell is as high as 3.6v~3.8v, which is much higher than the 1.2V voltage of Ni-MH and Ni-Cd batteries.

It’s capacity loss is small after being placed for a long time.

5. There is no memory effect.

It is unnecessary to fully discharge the remaining power before charging, which is convenient to use.

7. Small thickness, can be made thinner.

Ultra-thin, the battery can be assembled into a credit card. Normal rechargeable lithium battery adopts the method of customizing the outer casing and plugging the positive and negative materials. The thickness of the material is 3.6mm or more, hence there is a technical limit. But the lithium polymer battery cell does not have this problem. The thickness can be less than 1mm, which is in line with the current demand of mobile phones. .

A battery using a polymer electrolyte does not require a metal shell as a protective outer package. The weight of the polymer battery is 40% lighter than the steel shell lithium battery of the same capacity specification, which is 20% lighter than the aluminum shell battery.

The internal resistance of the polymer battery cell is smaller than that of the normal rechargeble lithium battery. At present, the internal resistance of the domestic polymer battery core can even be less than 35mΩ, which greatly reduces the self-consumption of the battery and prolongs the standby time of the mobile phone. Polymer lithium battery supports large discharge currents,which makes it an ideal choice for remote control models.Finally it became the most promising alternative battery option compared to nickel-metal hydride batteries.

11. Shape can be customized.

Manufacturers are not limited to standard shapes and can be economically made to the right size. Polymer batteries can increase or decrease the thickness of batteries according to customers’ needs. Develop new battery models, which are cheap, open cycle is short, and some can even be customized according to the shape of mobile phones to make full use of battery casing space and increase battery capacity.

The polymer battery uses a colloidal electrolyte, which has a smoother discharge characteristic and a higher discharge platform than a normal lithium ion battery.

We use cookies to ensure that we give you the best experience on our website. If you continue to use this site we will assume that you are happy with it.OkNoPrivacy policy
Revoke cookies